In 1927, The Jihua Advanced Nursing School was established in the hospital, which was later incorporated as the Nursing School at Tianjin Medical University. It made a significant contribution to the development of the new era of nursing in China. Many talented nursing experts and educationists in modern China graduated from here. 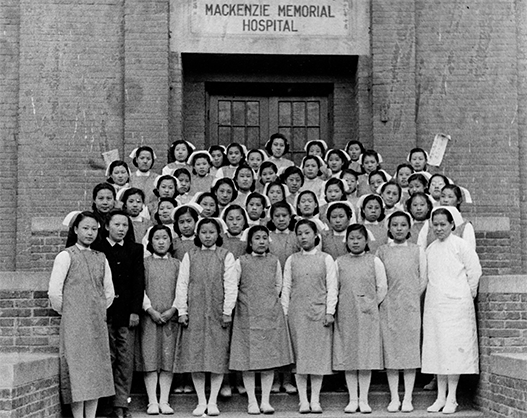 A letter from Florence Nightingale showing her kindness and love to nurses and patients is on display in the hospital history museum, which encouraged us to take up her torch and keep moving forward. The bond between Nightingale and our hospital forms the foundation of the culture of nursing, inspiring nurses to deliver nursing with love.

In 2005, former director of the nursing department, Yongqin Jiang served as a Board Member of the ISNCC, and won the International of Nursing in Cancer Care Contribution Award.

In 2011, former director of the nursing department, Rongxiu Chen won the 43rd Nightingale Medal of the International Committee of the Red Cross.

In 2015, director of the nursing department, Wanmin Qiang was nominated as the first chairman of China Anti-Cancer Association Oncological Nursing Committee.